Here’s a character portrait/concept piece of how I envision Alita to look in the live action adaptation.

Battle Angel Alita tells the story of Alita (“Gally” in the original Japanese version), an amnesiac female cyborg. Her intact head and chest, in suspended animation, are found by cybermedic expert Daisuke Ido in the local dump. Ido manages to revive her, and finding she has lost her memory, names her Alita after his deceased cat. The rebuilt Alita soon discovers that she remembers the legendary martial art Panzer Kunst, although she does not recall anything else. Alita uses her Panzer Kunst to first become a mercenary Hunter-Warrior, killing cyborg criminals in the Scrapyard, and then as a player in the brutal sport of Motorball. While in combat, Alita awakens memories of her earlier life on Mars. She becomes involved with the floating city of Tiphares as one of their agents, and is sent to hunt criminals down. Foremost is the mad genius Desty Nova, who clashes with Alita before becoming her ally. 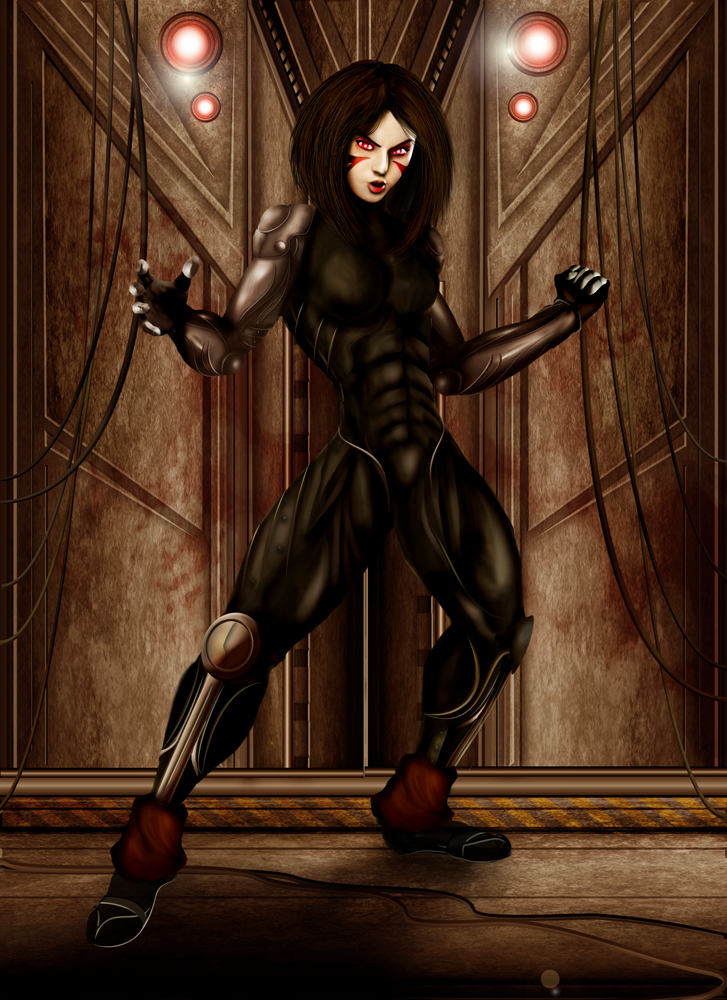 Alita Code of Honor Crest Design Dreamanga Legion of Legends Logo Design
We use cookies on our website to give you the most relevant experience by remembering your preferences and repeat visits. By clicking “Accept”, you consent to the use of ALL the cookies.
Do not sell my personal information.
Cookie SettingsAccept
Manage consent

This website uses cookies to improve your experience while you navigate through the website. Out of these, the cookies that are categorized as necessary are stored on your browser as they are essential for the working of basic functionalities of the website. We also use third-party cookies that help us analyze and understand how you use this website. These cookies will be stored in your browser only with your consent. You also have the option to opt-out of these cookies. But opting out of some of these cookies may affect your browsing experience.
Necessary Always Enabled
Necessary cookies are absolutely essential for the website to function properly. These cookies ensure basic functionalities and security features of the website, anonymously.
Functional
Functional cookies help to perform certain functionalities like sharing the content of the website on social media platforms, collect feedbacks, and other third-party features.
Performance
Performance cookies are used to understand and analyze the key performance indexes of the website which helps in delivering a better user experience for the visitors.
Analytics
Analytical cookies are used to understand how visitors interact with the website. These cookies help provide information on metrics the number of visitors, bounce rate, traffic source, etc.
Advertisement
Advertisement cookies are used to provide visitors with relevant ads and marketing campaigns. These cookies track visitors across websites and collect information to provide customized ads.
Others
Other uncategorized cookies are those that are being analyzed and have not been classified into a category as yet.
SAVE & ACCEPT